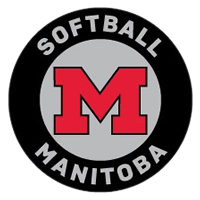 Minor Division Softball is organized into the following age categories (based on age as of December 31 in the year in which the season is played):

Players under 9 can participate in development programs run out of local community clubs, in particular, the Timbits Softball program.

Within each category U11 to U19, minor division leagues are classified into three categories:

AAA (high performance - formerly referred to as A)

This is the highest level of competition. "AAA" teams generally practice throughout the winter (some staring in January), play more games and travel to neighboring provinces and states for tournaments. All "AAA" teams participate in a provincial championship in early July, with the top four teams advancing to either the Canadian or Western Canadian championship tournaments (usually held between late July and mid August). "AAA" teams are formed by private organizations based on try-outs normally held in early September. Note that "AAA" ball starts at the U13 level.

This change was brought about to narrow the gap in skill level between the former A and B levels.  Requests from players and parents for more skill development opportunities and a higher level of competition has steadily increased over the years so the desire at the grassroots level is already in place. For more information on AA Softball click here.

A (community level -formerly referred to as B)

This is a developmental level category, and is run through community clubs organized on geographic boundaries. Most "A" teams begin practice and competition in mid-April, and play through to the end of June, when league championships are held. Following that most of these "A" teams compete in our Open Provincial Championships which run through the month of July.

For further questions regarding Softball Manitoba’s Competitive and Developmental Softball Programs please contact Executive Director Don Klym at 204-925-5674 or via email at executivedirector@softball.mb.ca

Manage your identity from the palm of your hand to the top of your desk.